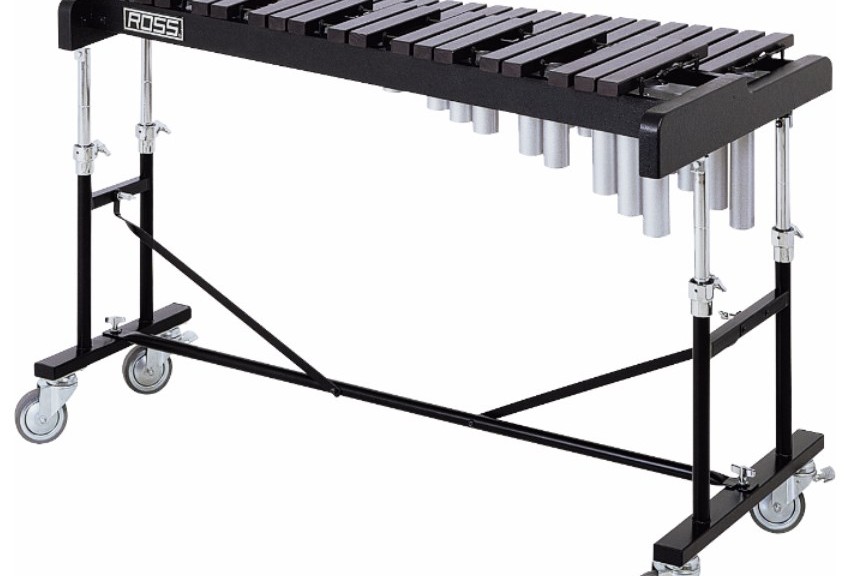 Sound Clips Found On the Web

I’ll start with the sound clips I found on the web.

Below are the two performance plots for the DeMorrow sound clip referred to in a previous post. 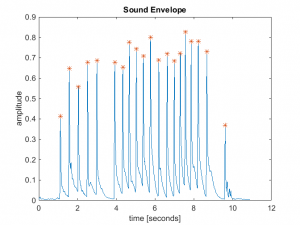 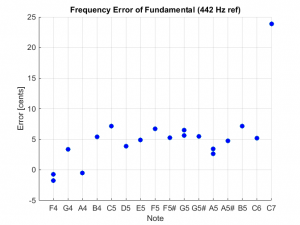 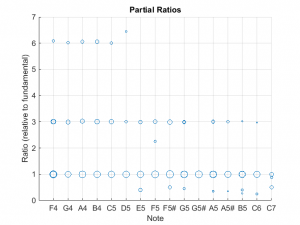 Below are the performance plots for the instrument recorded on the Oregon Symphony website. 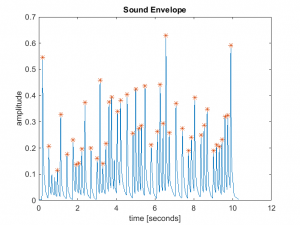 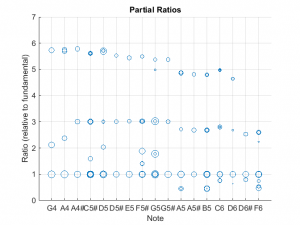 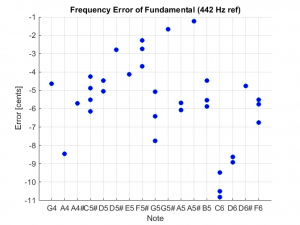 Because of the questionable quality of the web audio files, I also measured two commercial instruments myself. In addition to the improved audio quality, I was also able to control the cadence of the notes to ensure that the notes decayed completely.

This is a xylophone that I measured at Jack’s middle school. His excellent band teacher, Mr. Sam Nesbitt, graciously provided access to the instrument and helped Jack and I obtain the recordings. This is a Kelon instrument which is pictured at the top of this post. When we recorded the instrument, we held the microphone about a foot above each bar, and struck each bar 4 times. Here is the sound file from that recording:

Here are the standard suite of performance graphs: 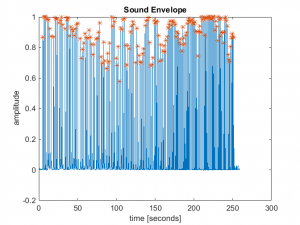 I went down to the University of New Mexico (UNM) to measure a second instrument. There, Jack and I met with Scott Ney, who is a percussion professor at the college. Scott graciously provided access to the Kori instrument and helped us make recordings. This was beautiful 4 octave xylophone with Honduras Rosewood bars.

Here is the sound file from that session:

The recording technique was similar to the other, but this time, we struck each bar three times.

Here are the standard performance graphs: 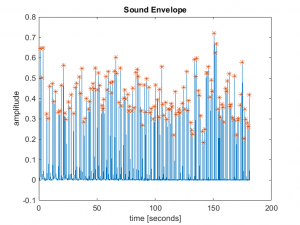 I learned a lot from the web clips that I found, but the fidelity of the clips makes me question the utility of the data. I found the results from the two instruments that we recorded to be much more reliable. In bullet form, here are my most important findings from this effort:

OK. Now I knew how accurate the bars must be tuned. In my next post I will begin to discuss how to determine the bar shapes.